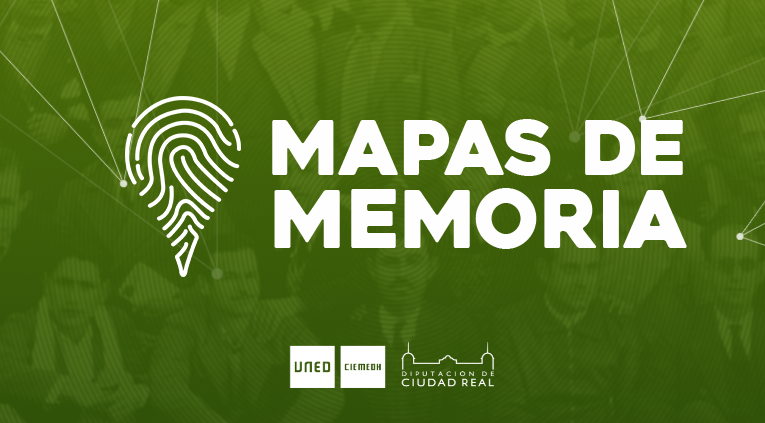 In 2009 the International Center for Memory and Human Rights Studies (Centro Internacional de Estudios de Memoria y Derechos Humanos – CIEMEDH) of Spain’s National University of Distance Education (Universidad Nacional de Educación a Distancia – UNED) began its research on the brutality of the Franco dictatorship with the project “All the Names of the Post-War Repression”. In 2017 in collaboration of the Provincial Council of Ciudad Real, the Mapas de Memoria (Maps of Memory) project was born with the goal of reclaiming the memory of all the victims of Francoist Spain.

Mapas de Memoria is a space for research, creation and social intervention that seeks to create knowledge about the recent past. Composed of anthropologists, historians, researchers and artists, its objective is to build bridges that allow us to understand memory, violence and trauma, as well as to dignify the people who were disappeared or silenced. The ethnographic methodology builds shared knowledge between researchers and families, which contributes to increased theoretical knowledge and answers a social interest that has been hidden and forgotten.

Over the past few years, the team has searched for the names of thousands of victims of enforced disappearance and their stories as well as the mass graves where they are buried. The project is currently focused on drawing attention to the victims, identifying and establishing “places of memory”, the opening of mass graves, and providing answers to thousand of families who lost loved ones.

Jorge Moreno Andrés, PhD in Social and Cultural Anthropology. Director of the research project Memory Maps at the Universidad Nacional de Educación a Distancia (UNED), where he is also a professor in the Department of Anthropology. His publications include El duelo revelado. La vida social de las fotografías familiares de las víctimas del franquismo. (Mourning Revealed. The social life of family photographs of the victims of Francoism),  which won the National Prize in Spain for the best monograph on art and humanities in 2019. He has curated the exhibition Ante el Umbral (Photography and Covid) by Clemente Bernard at the Reina Sofía Museum, and the traveling exhibition Las Pequeñas cosas, (Materiality and political violence). He has directed for five years the International Film Festival on Migration and Exile (Mexico). As a photographer and filmmaker, he has made photographic essays such as The Pig Slauther (2013) or documentary films such as What Remains, premiered at the Margatet Mead Festival in New York (2015).